Today there are many capitalist countries in the world. There are two main perspectives of this system. These are the social and economic perspectives. From a social perspective, capitalism is a system where the rights of individuals are recognized. Chief among these rights is the right to property. Thus, property is owned privately and physical force cannot be used to take it away from the owner. The function of government is to protect the rights of all people.

From an economic perspective, capitalism is a system where the methods of producing and allocating goods and services in a country are owned by a minority of individuals. This minority is generally referred to as the class of capitalists. The rest of the people in a country must sell their ability to work to this capitalist class in exchange for a salary or a wage. Capitalism is now accepted in most of the countries across the globe. This is because it is stable and is the system that most promotes the well-being of the people in a country. However, it can always be made better. Here are 10 different ways to improve capitalism.

People should be encouraged to borrow in a sensible manner

To improve capitalism, people should only borrow as much as they can afford to pay back. This amount is different for various people across a nation. Thus, this motto should be stressed as much as possible so that every borrower can set a limit on how much to borrow. If borrowing gets out of hand in a capitalist state, there are negative consequences such as economic downfall. The government always has to step in to save the situation and avoid this consequence when private debt gets too much that the borrowers cannot afford to pay it back. An instrument that can be used to prevent too much debt is a leverage indicator. It is calculated by dividing the total assets by the total equity of a company or an individual. A positive result indicates that it is safe to borrow while a negative one indicates the opposite.

Enforce a progressive system of taxation

Some of the biggest players in capitalism are private companies. Their activity keeps the capitalist wheel moving. Some of the biggest sectors are the securities, bonds, equity, commodities and derivatives markets. This is because they shift billions of dollars daily. Therefore, their activities have a huge effect on the health of the capitalist system in a country. In the past, players in this sector were left unchecked and their risky behavior to enrich themselves caused a global economic downturn. Thus, capitalism can be improved by actively monitoring and governing the activities of these individuals. Their personal compensation should be linked to the amount of risk that they engage in when conducting day to day business. This compensation can be placed in an escrow account to ensure that they stay responsible in trading so as to receive their wage at the end of the month.

The society can be encouraged to be more united in industry

Cooperation can go a long way in promoting the health of a capitalist state. This cooperation can be between individuals, businesses, corporations and political sides. By upholding values such as altruism, compassion, unity and solidarity, cooperation can be created. The institutions of government and finance should also respect these values and uphold them too. This will preserve the system of capitalism and the health of the economy.

Consider the effect of business on the environment

The companies that perform mining, build infrastructure or manufacture steel normally have major effects on the environment. This is because they drill into the earth to get their raw materials. If they exploit the earth and do not rehabilitate it, this land may become unusable for other economic activities such as farming and agribusiness. This prevents capitalism from reaching its true potential in a country. Therefore, these companies should include a cost of rehabilitation when planning their business activities. They must also be supervised to ensure that they actually perform land rehabilitation after they complete exploiting a particular area. This will preserve the land for agribusiness and positively affect the economy and capitalism as well.

Many people in a country can read and write quite easily. However, they are not able to perform the financial calculations which directly affect their lives. For example, majority of people are quickly able to calculate the amounts required to purchase something at a discount sale but can't calculate the effective rate of interest on the loans that they have taken out for their homes. This is because the levels of financial literacy today in many countries are low. If the citizens of a nation do not understand how the financial markets and products work, then they are bound to make mistakes that hurt the overall economy and system of capitalism. Therefore one of the ways to improve capitalism is to promote financial literacy among the masses.

Suggested Reading : 20 Secrets That You Need to Know About Money and Economics

The formation of a democratic economy

A democratic economy is one where the amenities that are used by members of the society are socially owned. This replaces the private ownership of social establishments such as community centers. These amenities are often used for economic growth by members of the public. Thus, they should be socially owned and not the property of private companies. This would encourage enterprise among the people in a country that has a capitalist system.

According to a book named the Rational Optimist written by Matt Ridley, human beings improved by a one-third between 1955 and 2005 in the sectors of calorie intake, earning potential and expected life span. This growth was exponential and attributed to electricity, the Internet, steam engines and computers. Generally, the development of new technologies resulted in this growth. To keep it going, countries have borrowed huge amounts of money. This results in crippling debt that destroys the capitalist systems of some countries such as the East Asian nations. This form of borrowing to spur growth should be checked and limited to ensure the overall well-being of the economy and capitalist system.

Suggested Reading : 10 Money Mistakes That Will Keep You Broke if You Don't Know Them

Governments should have more concern for their people than for corporations

According to capitalism, people are the main driver of economic growth. Therefore, when their needs and wants are catered to, the economy will benefit and the capitalist system will remain in balance. Unfortunately, many governments create laws that curtail individual freedom and promote corporate freedom. Thus, corporations are given the right to engage in experimental business activities that sometimes have major negative effects on the economy. Thus, by building the workforce instead of corporations, capitalism can be improved.

The promotion of freedom of enterprise

Freedom spurs growth. In a capitalist state, the freedom of enterprise can increase the growth of the economy at an exponential rate. People should have the freedom to perform any type of business to improve themselves as long as it is legal. Their right to creativity and freedom of expression should be protected for this purpose. Creating this freedom will be great for the economy and ideal for the system of capitalism.

The Important Take Away

Capitalism is a system of social and economical governance that has stood the test of time. By adopting it, nations have achieved growth and stability. Just like any other system, it can always be improved. The tips above are effective in performing this improvement. They can help the citizens of a capitalist nation to know what to do to improve their system of capitalism and by extension, their economies. 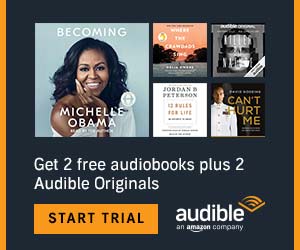 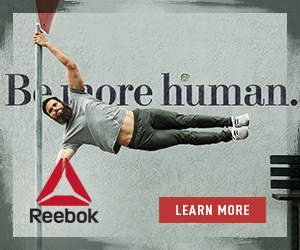